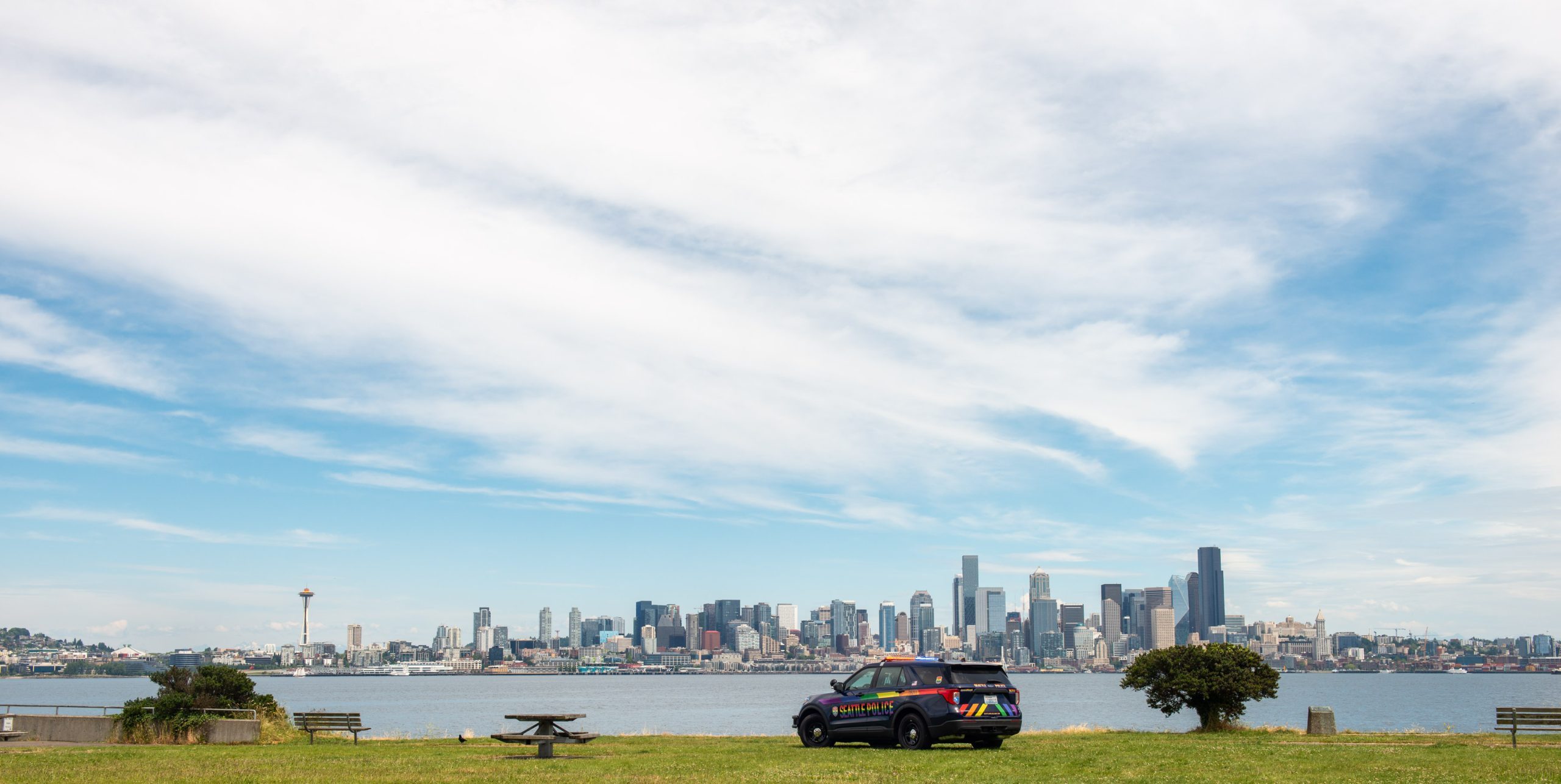 The Seattle Police Foundation is thrilled to support the Seattle Police Department’s Safe Place Program, a trailblazing initiative conceptualized and founded in 2014 – 2015 right here in Seattle by (now retired) Officer Jim Ritter. Since then, Safe Place has been licensed and enacted by nearly 300 law enforcement agencies large and small, across the United States, Canada, and Europe.

The Safe Place program is a partnership between the police department, schools, and the business community to help respond to hate crimes. It was born out of a need to address low reporting of anti-LGBTQ+ crimes and school bullying incidents, and was expanded in 2018 to include all hate crimes. Safe Place gives people who have experienced a crime of bias or hate a safe place to go after their incident, where they can be assured that the business will shelter them while they call for help.

The program is overseen by Safe Place Administrator and LGBTQ+ Liaison Officer Dorian Korieo. Officer Korieo is SPD’s second LGBTQ+ liaison and took over as Safe Place Administrator in 2019. A member of the LGBTQ+ community himself, Officer Korieo is passionate about the mission of Safe Place, dedicated to its continued growth, and excited about the breadth of opportunity it holds for true community policing. In 2021 Officer Korieo was thrilled to partner with Axon, a software solution provider, which pledged $36,000 to help the program achieve new levels of engagement.

Support from the Seattle Police Foundation helps to keep Safe Place materials stocked and ready to distribute. In 2020, we were proud to help make the Safe Place Program even more inclusive by translating and printing Safe Place stickers, training materials, and flyers in six different languages, including Chinese, English, Korean, Somali, Spanish, and Vietnamese. For more information about Safe Place, visit the Seattle Police Department’s Safe Place webpage. To help us support this effort, please make a donation today!

This program has multiple benefits. First, it gives our business community the chance to take a stand against bias and hate crimes because hate has no place in our communities. Next, it tells people who have experienced hate crimes that no matter their background or status, they will be heard, and they will be treated with care, dignity, and respect by both the staff inside that business and the police officers who respond to their incident. Safe Place starts the long process of empowering the victim to report their incident to the police so that SPD can properly investigate the crime. 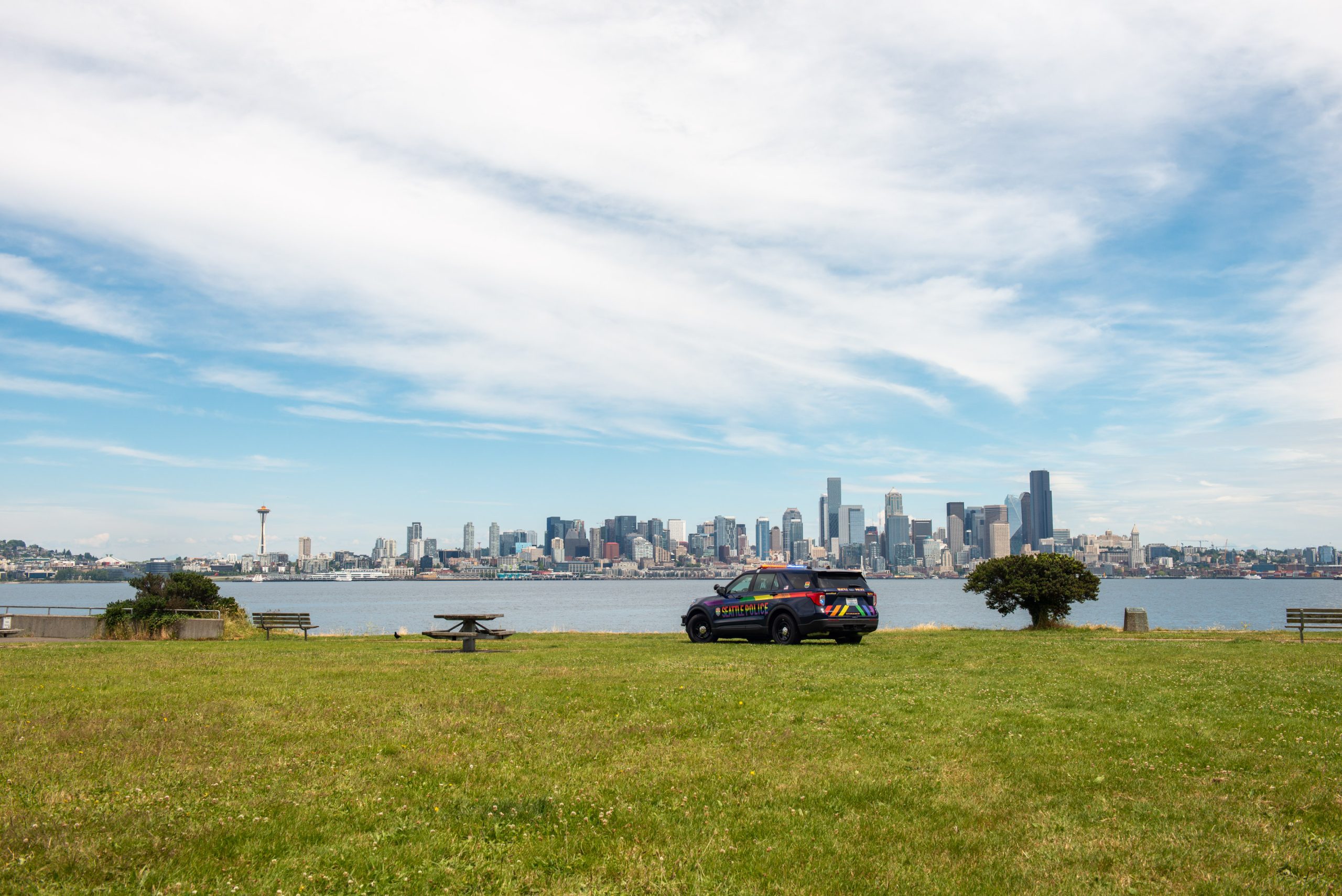 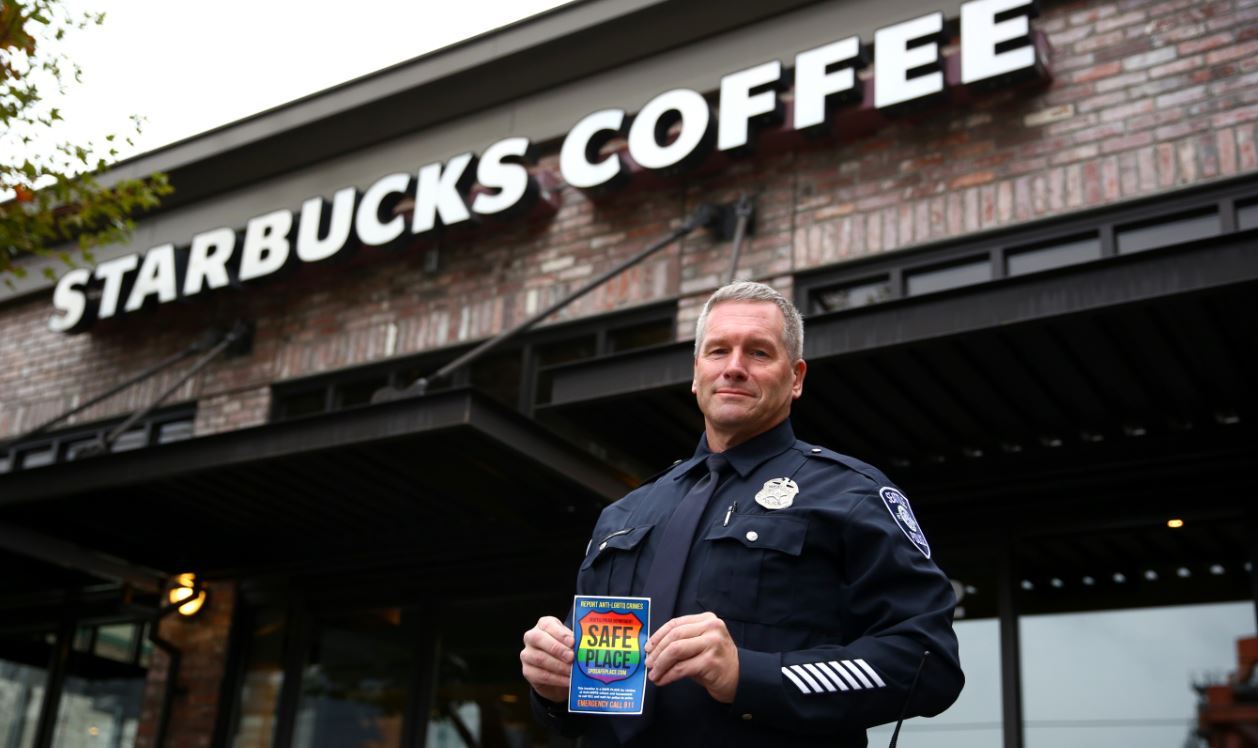 At the time of his appointment, Officer Ritter was aware that the relationship between some members of the LGBTQ+ community and the Seattle Police Department were strained due to historic mistrust and a lack of communication, which had resulted in an alarming disparity between reported anti-LGBTQ+ crimes and the number of crimes that actually occurred. People in the LGBTQ+ community were essentially being victimized twice; first when the hate crime occurred, and next when their abuser got away with the crime because they had so much trepidation about reporting the crime to the police.

With Chief O’Toole’s support, Officer Ritter was determined to change this dynamic.

He recalled a program in the 1970s where he grew up, in which children could easily find safety if they ever felt in danger as they walked to and from school and to other locations in their neighborhoods. The program distributed a symbol of a yellow hand that participants could hang in their windows, which identified their home as a safe place for children to come if they felt they were in danger. The symbol was easy to recognize and the concept simple to understand.

This concept was feasible and inexpensive to replicate, and Ritter believed would be equally as effective with adult victims of crimes. The concept came to life in 2014, and in 2015, Safe Place was launched publicly. The program was welcomed by the community, with immediate interest and support from businesses, schools, media, and other law enforcement agencies. Importantly, Safe Place created a citywide network of businesses and nonprofits committed to protecting people in the LGBTQ+ community. 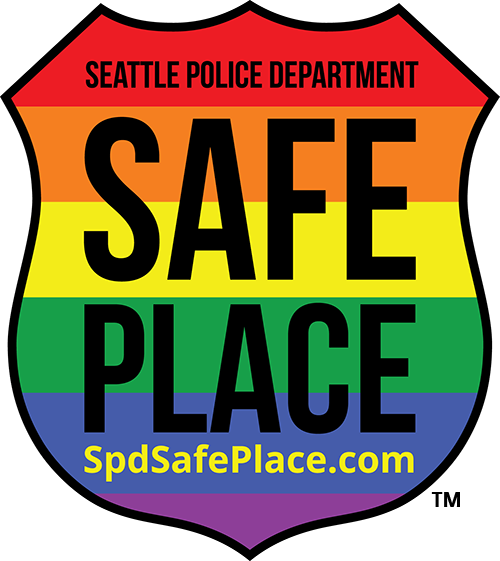 Local managers and store owners registered on the Safe Place website and received a 4-by-6-inch, rainbow-striped sticker in the shape of a police badge.

Installed on a street-facing window, the sticker advised LGBTQ+ individuals that employees had pledged two things. First, to call 911 to report all crimes, and specifically when they witness a hate crime; and second, to allow victims to stay inside their business until police arrive. This concept was the first in the nation, and was designed to educate the public, define their role in reducing crime, and generate a productive dialogue regarding historically sensitive information involving the LGBTQ+ community.

Ritter worked with local businesses to place the stickers in their Seattle locations, and in all of their locations throughout the United States. Next, SPD Safe Place launched in all of Seattle’s public schools.

The effectiveness of the SPD Safe Place program has been demonstrated on a daily basis through open and productive discussions from within and outside the police department, businesses, civic organizations, and the media regarding serious safety issues involving the LGBTQ+ community, hate crimes awareness, and community involvement.

Since its early origins, Safe Place has continued to grow and evolve in response to our collective effort to end racism, eliminate racial disparities, and achieve racial equity in Seattle. In 2018, the Safe Place program and its emblem of support were updated to encourage any victim of a hate crime, not just those related to the LGBTQ+ community, to seek help with Safe Place. The messaging transitioned from “Report Anti-LGBTQ Crimes” to “REPORT HATE CRIMES.”

What an incredible legacy by Officer Ritter!